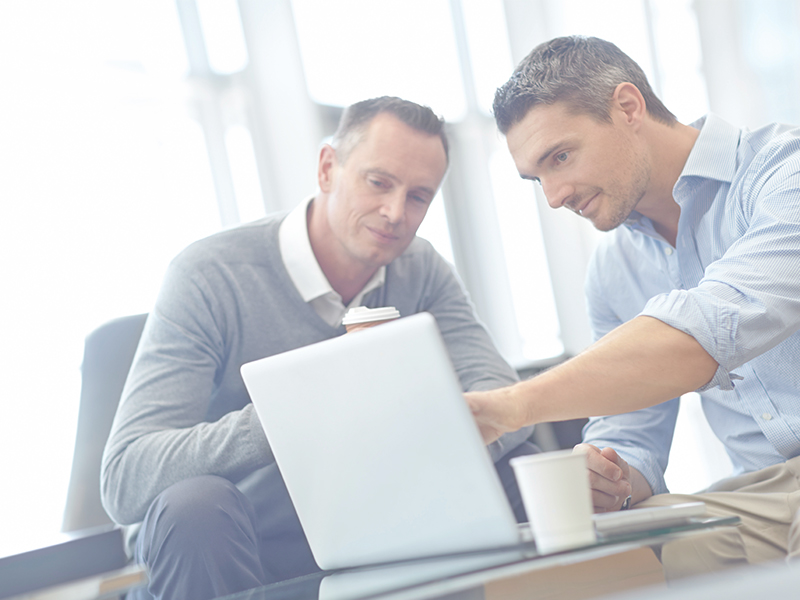 “[F]or those who lack a bank account, and/or would receive a paper check, [a Refund Transfer] may speed up receipt of [a federal income tax] refund by up to six weeks.”1

Every year, millions of American taxpayers choose to receive their income tax refunds using a Refund Transfer (or “RT”)2. According to the Internal Revenue Service, 12.9 million Americans chose an RT in 2010 compared to 12 million in 2009 and 11.7 million in 20083. There are several reasons why this product is so popular. Simply stated, a Refund Transfer permits a taxpayer who does not have a bank account to take advantage of electronic filing and direct deposit of his or her income tax refund. At the same time, the millions of taxpayers using RTs can have their tax preparation fees deducted from their refund.

Here’s how it works: The federally regulated banks offering this product set up a temporary bank account in the taxpayer’s name. In return for this convenience, the taxpayer pays the bank a modest one-time account set-up or handling fee (typically about $30). RTs are usually facilitated by a tax preparer or the software used by taxpayers who prepare their own returns. The return is filed electronically and approximately 8 to 15 after receiving the return, the IRS transmits the taxpayer’s refund to the temporary bank account. The disclosed account set-up fee, tax preparation or software fees are deducted from the refund amount, and the remainder is delivered to the taxpayer via their choice of disbursement methods.

Increasingly, the tax refund is being loaded onto a prepaid debit card, which provides unbanked taxpayers with an opportunity to establish a banking relationship by having their paychecks or government benefits deposited directly to the debit card account.

Why Do Taxpayers Choose a Refund Transfer?
In short, speed, ease and convenience. If a taxpayer mails his or her income tax return through the U.S. Postal Service, he or she may not receive a refund for several weeks. If that same taxpayer does not have a bank account into which the IRS can electronically deposit the refund, he or she will not receive a refund for four to eight weeks. Thus, Refund Transfers are extremely popular with Americans who like to budget a portion of their refund to pay for their tax preparation rather than pay the additional interest if placed on a credit card, borrow money from a family member or friend, or post-date a check. In addition, the RT is popular with taxpayers who, for one reason or another, are under-banked or unbanked4. For these taxpayers, an RT represents an affordable and convenient method of quickly accessing their tax refund, and enabling them to pay housing and child-care costs, living expenses or credit card debts in a timely manner.

A Refund Transfer Is Not a Refund Anticipation Loan
A Refund Anticipation Loan (or “RAL”) is a short-term loan issued by a bank that is secured by a taxpayer’s anticipated refund. When a taxpayer applies for a RAL and is approved, he or she receives a check for their loan proceeds within a day or two after the tax preparer electronically files his or her return. Unlike the RT, the RAL is a loan, which means the federal Truth in Lending Act requires that an Annual Percentage Rate be calculated on the finance charge. Also, in the event the IRS refunds a lesser amount, the taxpayer is liable for the entire amount of the original loan. About 6.9 million taxpayers chose a RAL in 2010.5

In sharp contrast, an RT is not a loan. There is no extension of credit with an RT. Nor is there a finance charge. The one-time account set-up fee is paid to the bank for processing the transaction and setting up the temporary account. Also, the account set-up fee does not vary with the size of the refund or the cost of the tax preparation or software. It also should be noted that in many cases the RT customer has the option (and some choose this option) to pay cash for the tax preparation costs at the time the return is prepared, rather than paying these costs from the refund.

The Unfair and Unreasonable Attack on RTs Seeks to Limit Consumer Choice
Over the last decade, self-appointed consumer groups have waged a relentless disinformation campaign against RTs in Congress, state legislatures and the courts. They argue that the costs of these products are too high. They argue that consumers who choose these products are not smart enough to know what they are choosing. They argue that RT customers should just be patient and wait while the IRS and U.S. Postal Service make their tax refund available. One consumer “advocate” actually testified before Congress that consumers who can’t wait for their refund should just take a cash advance on a credit card, demonstrating her ignorance of often high cash-advance fees and the fact that many consumers do not carry or cannot qualify for credit cards6. The bottom line is, if these so-called “consumer groups” have their way, they would ban RTs and thereby limit consumer choice. In fact, they have succeeded in prodding federal regulators to take actions that essentially are forcing RALs off the market. Now, they are turning their attention to RTs.

IRS-Approved E-Pay Providers Often Charge Far More in Convenience Fees
If you must pay the federal government more in taxes (rather than receiving a refund), the IRS tries to make this easier for you. Taxpayers may pay taxes owed using credit or debit cards through IRS-approved e-pay providers. However, such providers charge a convenience fee that oftentimes makes the typical fee charged for obtaining a Refund Transfer pale in comparison. For example, if you owe the federal government $2,000 and decide to pay the government through IRS-approved vendor Official Payments Corporation using a MasterCard Debit Card, your convenience fee will be $47 (2.35 percent of the total payment).7 If you pay the same amount using IRS-approved vendor FileYourTaxes.com, you will pay a convenience fee of $78.60 (or 3.93 percent of $2,000). Oftentimes, such convenience fees charged by IRS-approved vendors exceed the fee charged for obtaining a Refund Transfer.

The American Coalition for Taxpayer Rights Strongly Supports Choice and Transparency
The American Coalition for Taxpayer Rights believes that consumers must have access to and the freedom to choose a range of financial products that meet their individual financial needs, and strongly supports efforts to ensure transparency and adequate disclosure of the costs and fees related to such products.

1 U.S. Treasury Department, Characteristics of Users of Refund Anticipation Loans and Refund Anticipation Checks (2010).
2 Refund Transfers also are sometimes called Refund Anticipation Checks (or “RACs”) or Electronic Refund Checks (or “ERCs”). Nevertheless, RTs, RACs and ERCs are fundamentally the same financial product.
3 Statistics relate to the tax filing seasons, meaning that 2010 figures are for tax year 2009 returns (the latest data available), 2009 figures are for tax year 2008 returns and 2008 figures are for tax year 2007 returns.
4 As the Treasury Department report cited above notes: “There are many reasons people are unbanked, including personal credit problems, inconvenient bank hours or locations, minimum account balance requirements, uncomfortable or unwelcoming environments at financial institutions, and high fees for bounced checks or low account balances.”
5 Figures are for tax year 2009 returns that were filed during tax season 2010.
6 Testimony of Jean Ann Fox of the Consumer Federation of America before the U.S. House Financial Services Subcommittee on Financial Institutions and Consumer Credit on April 2, 2009. The average refund of taxpayers using RTs was over $3,500 in 2010. The typical fee charged for a credit card cash advance is between 2% and 4%, meaning it would cost between $70 and $140 for someone to take a credit card advance rather than the $30 they would pay for an RT. And this does not include the higher interest rates that credit cards charge until the cash advance is repaid.
7 It should be noted that a taxpayer would pay a flat fee of $3.95 for the same transaction if he or she used a Visa Debit Card or a NYCE, Pulse or Star Debit Card.
8 The Coalition includes the following members: CCH Small Firm Services, H& R Block, Inc., Intuit, Inc., Jackson Hewitt Inc., Liberty Tax Service, Refund Advantage, Republic Bank & Trust Co., Santa Barbara Tax Products Group, and TaxSlayer.